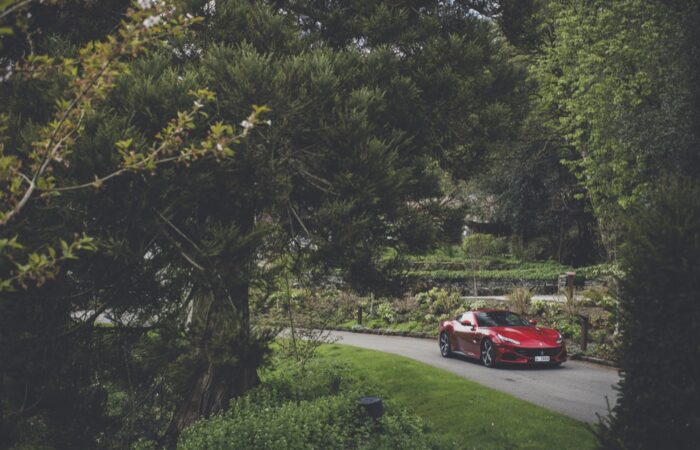 The painterly bleakness of Dartmoor has encouraged the growth of many legends, not least that of the Hairy Hands – disembodied hirsute mitts that suddenly grab at one’s steering wheel or handlebars and force the victim off the road. It’s a ghost story that pertains to the Postbridge stretch of the B3212, which was purported to have seen an unusually high number of motor vehicle accidents in the early 20th century. So, you have been warned.

The B3212 might have a soulless name, but the unfenced undulating tarmac through the wilds of the moor is brimming with character. It towers and swoops over hills and down valleys, split by crystal streams and edged by treacherous bogs. More than haunting spectres, the main danger here is the sheep, and occasionally cattle, that like to sit prone in the road beyond the crests.

If arriving in Devon from the east, the B3212 starts at Exeter and runs west under the A30, reaching Dartmoor National Park at Dunsford. From there, it’s a 25-mile burn that cuts through the middle of the moor to Yelverton, which should take around 45 glorious minutes. Plymouth lies just 12 miles to the south.

The great thing about Dartmoor is it’s quiet, even in the summer, so you’re unlikely to be trapped behind traffic for long. There are 160 tors across the moor, which refer to where the granite is exposed and makes for natural landmarks for hikers. As for man-made landmarks, you may wish to stop off at Bovey Castle, a mansion built in 1907 which is now a five-star hotel and spa.

Less luxurious, but even more eye-catching is the notorious Dartmoor Prison, located in Princetown. Built in 1809 to house prisoners from the Napoleonic Wars, notable former inmates include Kray acolyte Frank Mitchell, aka ‘The Mad Axeman’, who managed to escape from this nick in 1966. The prison is still taking guests and has its own museum.

Princetown is a good place to stop for refreshments, with The Plume of Feathers and the Prince of Wales (Prince Charles technically owns the prison) catering to both tourists and screws.

In addition to Bovey Castle, lunch and four-poster beds can be found along the route at the popular Two Bridges Hotel, perched on the banks of the West Dart River. For a truly stand-out gastronomic experience, though, we recommend Gidleigh Park. Located in Chagford, six miles west of Moretonhampsted, the Michelin-starred restaurant is overseen by Chris Eden. The menu changes with the seasons, but aged beef fillet cooked over coals with bone marrow is among the classics. There are 24 bedrooms to let you sleep off the weighty wine list.

Petrolheads may enjoy Moretonhampsted Motor Museum, which has over 150 vintage and classic cars and bikes, many of them pre-war. They’ve even got a Trotter brothers’ three-wheeler.

Ducati’s Scrambler is cool. Ducati designed it to be cool, creating a Scrambler sub-brand in... 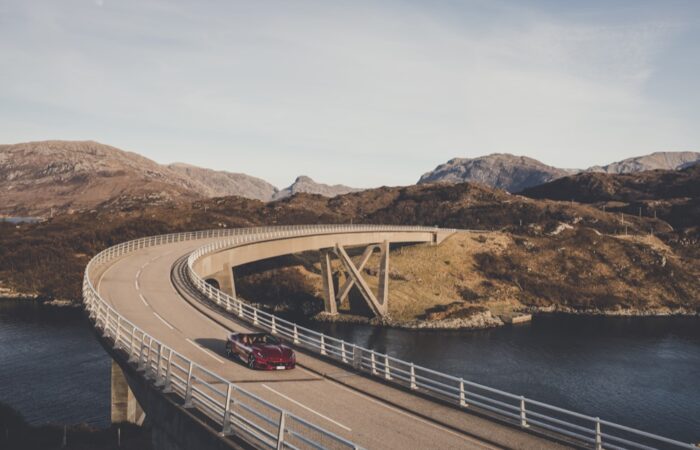 So we invite you to follow Adam Hay-Nicholls' guide to a UK and Ireland road...

The Future of Sustainable Eco-Luxury

The luxury world is planning to lead the way in sustainability by changing to net-zero...