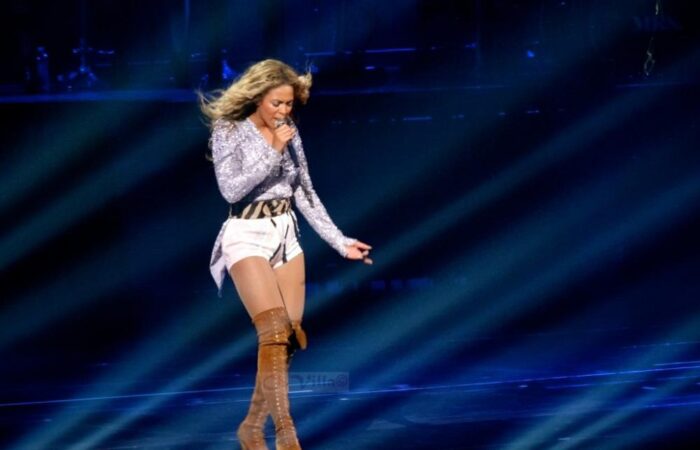 The Bootylicious Brilliance of Beyonce & Her Car Collection

Beyonce Giselle Knowles was born and raised in Houston, Texas and performed in various singing and dancing competitions as a child. She formed her first band, Girl’s Tyme, at the age of eight, doing the rounds in Houston.

Her father, a successful Xerox executive, actually quit his job to manage her career, forcing their move to a smaller apartment. However Elektra then Atlanta Records signed them but then dropped them. The pressure caused her parents to separate, albeit temporarily. Sony then Columbia picked them up and they changed their name to Destiny’s Child in 96. Their first big hit was “Killing Time” on the 97 Men in Black film.

Destiny’s Child soon topped the charts and Beyonce released her first solo album in 2003, Dangerously in Love, which featured hit singles “Crazy in Love” and “Baby Boy”. However, the stress of the music industry and internal band politics caused Beyonce to suffer a two-year depression just as they won their first Grammy Award. She was afraid to speak out then but has since highlighted the damage depression can cause, even for those experiencing career success.

Her younger sister Solange Knowles is also a singer and a former backup dancer for Destiny’s Child. Solange and Beyoncé are the first sisters to have both had a No. 1 album. Interestingly enough Beyoncé is a descendant of Acadian leader Joseph Broussard and Jean-Vincent d’Abbadie de Saint-Castin on her mother’s side.

In 2006 the group Destiny’s Child split up and she released her second solo album, B’Day, which contained hit singles “Irreplaceable” and “Beautiful Liar”. Beyonce is equally celebrated as an accomplished actress, starring in many films including The Pink Panther, Dreamgirls, Obsessed, and The Lion King. Her first major film was with Mike Myers in Goldmember, a big commercial success.

Like David Bowie and Madonna did before her, Beyonce adopted an alter ego “Sasha Fierce” to put forward a sassy and sexy image that differed from her own personality. The Destiny’s Child song Bootylicious has also become a generic term for curves and features in the Oxford dictionary. Beyonce fans are known as Beyhive.

Her marriage to Jay-Z and her portrayal of Etta James in Cadillac Records influenced her third album, I Am… Sasha Fierce, which earned a record-setting six Grammy Awards in 2010. It spawned the successful singles “If I Were a Boy”, “Single Ladies (Put a Ring on It)”, and “Halo”.

After her father ceased managing her career she brought out the first of her experimental visual albums, that paired each song with a video. Lemonade was the best selling album of 2016, dealing with infidelity and feminism. Beyonce has also released albums with her husband Jay-Z as “The Carters”. They have been married since 2008 and have a daughter, Blue Ivy, and twins, Sir and Rumi.

Beyonce has often spoken out for causes she believes in and frequently puts her celebrity and indeed her money forward to help others. Her role as Etta James in Cadillac Records received much critical acclaim and she donated every penny of her fee to rehabilitation centres for heroin addicts. She released a remix of “Mi Gente” donating all proceeds to hurricane charities, in the aftermath of the devastation caused by Hurricane Harvey and Irma. And in 2020, inspired by Black Lives Matter, Beyonce released “Black trade” with all revenue going to charity. Beyonce supports the democrats and has campaigned for gun control, same-sex marriage and against police brutality amongst others. She has made it clear that she is not against the police, just the brutality.

Beyonce has sold more than 118 million records worldwide and is widely regarded as one of the top ten most influential women of her generation. Her visual album based on the music of the Lion King: The Gift premiered on Disney+ last year.

To create her songs Beyonce works with many collaborators as she has a lot to say, but feels great writers often articulate these ideas better. Her influences include Tina Turner, Diana Ross, Whitney Houston, Shakira, Donna Summer, Madonna, Prince and Mariah Carey.

In 2021 Beyoncé won four Grammy awards, bringing her lifetime total to 28. She now holds the record for most Grammy wins by a female artist.

Beyonce and Jay-Z recently commissioned the most exclusive car in the world, a Rolls Royce Boat Tail and their joint car collection includes an eclectic mix of classic legends and the latest supercars; a Ferrari F430 Spider, a Pagani Zonda F, a Bugatti Veyron Grand Sport, a Corvette C1, a Maybach Exelero, a Rolls-Royce Phantom VIII, a Rolls-a Royce Silver Cloud, a Bentley Continental GT, a Dartz Prombron, an Alfa Romeo Spider, a Jeep Wrangler, a Cadillac Escalade, a 1957 Chevrolet Corvette, a Porsche 911 Carrera Cabriolet and a Mercedes-Benz SLR Mclaren.

They must lose hours every day just picking one before they go out.

During 2020, an unprecedented year, the Rolls-Royce Bespoke Collective – a team of engineers, designers...