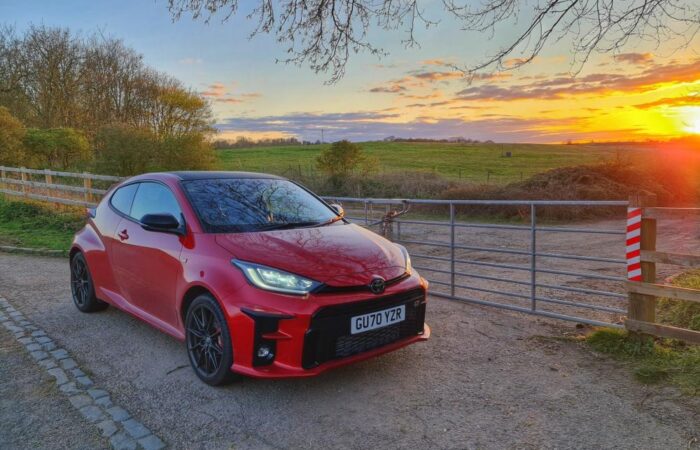 Every so often, a manufacturer seems to lose their mind and create a car that just doesn’t make sense, certainly not economic sense.

In the ’80s, when I mesmerised by the wild Group B rally monsters, spitting flames through forest stages and throwing up huge rooster tails of snow through Norwegian backroads, manufacturers had to build a certain amount of road-going versions of their rally cars to be able to race them in Group B.

This meant that manufacturers spend huge amounts of money building the wildest cars and selling them to the public to make up the numbers. Cars like; Peugeot’s 205 T16, British Leyland’s Metro 6R4 and Fords RS200 were just a few.

Then, Group B ended and life became a bit more boring.

There have been plenty of great cars between then and now, but the Toyota GR Yaris is something we haven’t seen for a long time. A competition-inspired, lightweight homologation special, built on a unique platform, incorporating a GR-Four all-wheel-drive system, powered by an all-new 1.6-litre three-cylinder turbocharged engine. Imagine the engineering involved in creating this.

The GR Yaris is good for a 0 to 62mph time of just 5.5 seconds, and it will press on to an electronically limited top speed of 143mph.

This engine uses the best of current technology, straight from the motorsport divisions ‘how to’ book, such as a ball bearing turbocharger, large-diameter exhaust valves and multi-jet oil piston cooling.

One of the most noticeable differences between the GR and a standard Yaris is that the GR is a 3 door, unlike the standard Yaris which is 5 door only! Imagine the engineering involved in that. It also has a lower, tapering roof line, designed specifically to direct wind flow onto the rear spoiler to generate extra downforce.

Incidentally, the roof is made from forced carbon composite too. It’s called C-SMC (carbon sheet moulding compound), which saves 3.5kg compared to a steel roof and helps lower the car’s centre of gravity.

To keep weight down, Toyota have used aluminium for the bonnet, tailgate and front doors, resulting in a weight reduction of about 24kg.

Actually, the only exterior parts of the GR Yaris shared with the new Yaris hatchback are the headlights, door mirrors, rear light clusters and the shark fin antenna on the roof. Everything else has been redesigned or changed. That’s staggering.

GR Yaris puts its power down through Toyota’s new GR-Four permanent, electronically controlled all-wheel drive system and it really works. This thing grips like nothing else, it’s wild.

A neat little feature of this car is the mechanical hand-operated hand brake.

When you pull the handbrake, the GR-Four coupling system fully opens the coupling when the handbrake is used. This means the drive to the rear wheels is disconnected, and you can keep the power on, in a handbrake turn for example……not that I would know of course….

I found the brakes to be superb. There’s loads of feel and incredible stopping power when you want it, they really are good.

Handling is brilliant. The chassis is just awesome. There’s so much grip it’s unbelievable. It’s fast in a straight line, but that’s not what this is about. Throw in some corners and there’s not much that will keep with it.

There are three driving modes with different front/rear drive torque to suit the conditions – Normal, Track and Sport.

I think the easiest way to explain it is that with the electronics on, regardless of what mode you’re in, the car will move around, but the electronics are there to help. As you get more confident, you start to bump in to the electronics and when you turn them off the fun really starts. If you’re particularly aggressive, you can get all 4 wheels sliding. It will kick the tail out and go sideways when you really push it, and It does all this without feeling like it’s about to throw you off the road, it’s such a well balanced package.

If you drive within its limits, it’s an incredibly fast point to point car.

Steering is fast and precise and it feels alive. For example, the steering wheel takes 2.36 turns lock-to-lock. A Porsche 911 GT3 RS has 2.6 turns lock to lock.

Ok, so let’s talk about the specs.

There are three versions of GR Yaris available in the UK

You can then specify one of two option packs, available individually, but not together;

The press car had the circuit pack which is definitely how I would spec it.

I wasn’t a fan of the engine noise from inside the car. It’s mostly synthesised and comes through the speakers and it’s not to my taste. Otherwise, this is such a good car.

So overall, this little GR Yaris is brilliant. So much grip it’s unbelievable and a chassis that is confidence inspiring and puts the GR Yaris in a league of its own.

It really is a David amongst Goliaths.

One of the most impressive things for me is the engineering involved in creating it in the first place. It’s a huge engineering feat and it’s possible we won’t see a car like this again.

Phil Hanson is a young driver to watch in the field of endurance sportscar racing... 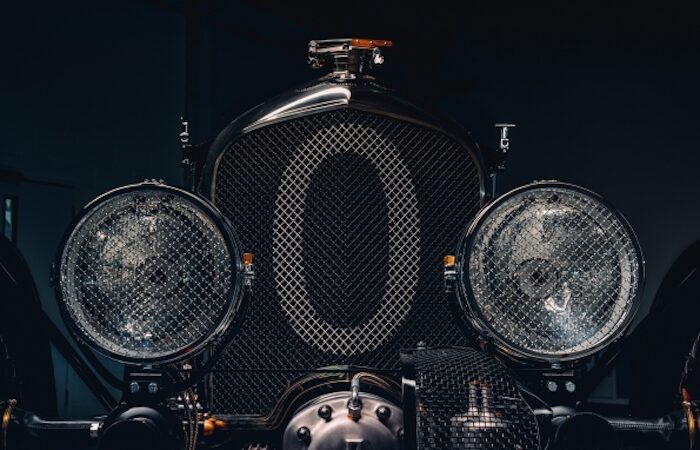